The Iowa Review is excited to announce the winners and runners-up of our fourth Jeff Sharlet Memorial Award for Veterans writing contest, judged by Brian Turner. The work of all winners and runners-up will be published in the Spring 2019 edition of the magazine. Thank you to all those who entered the contest, and thank you all for your service. Included below are the winners, Turner’s comments on the winning work, and a brief bio about each writer.

“'Animal Cruelty’ reads like an interior monologue from a war zone, something like a series of journal entries spoken aloud. The language is crisp, and each sentence generates a forward momentum: When the handheld squelches, you punch the transmitter and yell, ‘Go.’ Part of the reason I chose this piece is because I didn’t want to stop reading, because I was fully immersed within the world of this speaker, and because I want to read the book that ‘Animal Cruelty’ belongs in. There’s a mature hand guiding the narrative, often with great restraint. ‘Without incident, the moon rises over the valley. Pipistrelles flitter across its surface, appearing to skim a lake. A water buffalo sleepwalks in the arid fallows opposite the outpost.’ It’s terrific writing. I look forward to the books that this author will bring to us all.”

Eric McMillan served with the 3rd Infantry Division during the Invasion of Iraq in 2003 and commanded a Stryker rifle company during the Surge in 2007–08. Other assignments included peacekeeping in Bosnia, protocol duty in Korea, and exercise coordination with the Royal Thai Army. His work has received support from the Richard Hugo House in Seattle and the Bread Loaf Writers’ Conference, and his fiction has appeared or is forthcoming in One Story, The Iowa Review, New England Review, Gulf Coast, and Witness. He lives in Seattle. 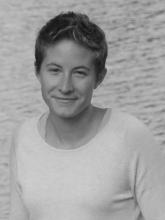 “This is a study in the construction of the warrior, focusing, in this instance, primarily on the uniform of the war-fighter. It’s also a necessary meditation on gender issues in military culture, while also serving as a moving personal essay. I was hooked in the second paragraph: ‘The material was soft and strong beneath my fingertips, and putting it on made my body feel like it was humming with a sort of power that was absent in the rest of my life.’ This author knows how to discover the universal within the singular.”

Sonner Kehrt is a journalist in California. She’s a graduate of the U.S. Coast Guard Academy and served for five years as a Coast Guard officer. Her writing has appeared in the New York Times, The Verge, The Outline, Atlas Obscura, and other publications. She holds a master of arts from Georgetown University and a master of journalism from the University of California, Berkeley. 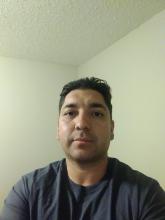 “I love the inventiveness of this story, especially the use of a bilingual narrator here—and the author’s ability to seamlessly integrate two languages into the consciousness / voice of one narrator.” 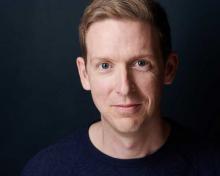 “I enjoyed this author’s sense of pacing, character study, and development of conflict. This story anticipates the reader’s expectations, and knows how to subvert them while staying true to the world of the story.”

Colin Raunig served as a Naval Flight Officer for eight years and recently completed his MFA in fiction at Colorado State University. This is his first published fiction story. He is working on a novel. 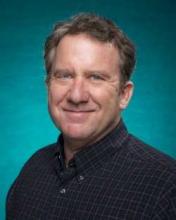 “This poet’s work is steeped in time, reflection, and perspective. There is nothing hurried or rushed in the meditation, and this poet leaves room for the unsaid to do its work.”

Michael White’s poetry collections are The Island, from Copper Canyon Press; Palma Cathedral, winner of the Colorado Prize; Re-entry, winner of the Vassar Miller Prize; and Vermeer in Hell, winner of the Lexi Rudnitsky Editors Prize, published by Persea Books. His memoir, Travels in Vermeer, also published by Persea Books, was longlisted for a National Book Award.  His work has appeared in The Paris Review, The New Republic, The Kenyon Review, The Iowa Review, and The Best American Poetry. White served in the U.S. Navy from 1974–78.