The Iowa Review is excited to announce the winners and runners-up of our sixth Jeff Sharlet Memorial Award for Veterans, judged by Jerri Bell. The work of all winners and runners-up will be published in the Spring 2023 edition of the magazine. Thank you to all those who entered the contest, and thank you all for your service. Included below are the winners, Bell's comments on the winning work, and a brief bio about each writer. 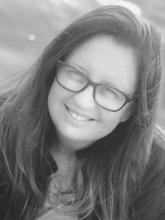 “Strong and often lyrical writing, I loved the braiding of research and statistics on landmines into the essay, and deep reflection on the participation and complicity of support troops in the atrocities of war. It’s a needed perspective too often overlooked in favor of combat arms shoot-em-up pieces.”

Laura Joyce-Hubbard graduated from the U. S. Air Force Academy and served for twenty years. She was among the first women to pilot the C-130H. Her essays and poetry have been featured in Boulevard, Creative Nonfiction, Ninth Letter, The Sewanee Review, Southeast Review, and elsewhere, and she received a “notable” mention in Best American Essays 2022. Laura has received fellowships from the Ragdale Foundation and VCCA via the National Endowment for the Arts. She is a fiction editor for TriQuarterly and lives in Highland Park, IL, with her family. Twitter: @laurajoyhub

“Strong writing and images; tension; and…I’ve read a lot of military nursing memoirs… "Time to Wake Up” holds its own against or even surpasses Lynda Van Devanter’s Vietnam War memoir Home Before Morning, on which the series China Beach was based.”

Libby Kurz is a writer, nurse, and U.S. Air Force veteran. She holds a BS in Nursing from UNC-Charlotte and an MFA in Creative Writing from National University. Her work has appeared in Ruminate, Ekstasis, Driftwood Press, and Literary Mama, among others. Her poetry chapbook, The Heart Room, was published by Finishing Line Press in 2019. She teaches creative writing workshops for The Muse Writers Center and Wounded Warrior Project. After a decade of moving cross country with the military, she now resides in Virginia Beach with her husband, three children, and Swiss Mountain Dog. Her memoir in progress, Bloodlust, explores the impact of trauma on the human mind and body. You can find her at https://libbykurz.com. 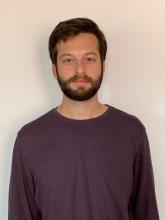 “Such strong writing! I laughed aloud over and over reading this. Fine writing, distinctive voice, and a delightful unreliable narrator who could have been so many of the young men I served with. A twist in the final sentence lifted the ending from doom and despair back to humor and hope—a testament to the indomitable human spirit. I would like to take the author of this story out for a beer or two someday, and read more of their writing. A whole book of it.”

Adam Straus is a Marine veteran. His work has appeared or is forthcoming in The South Dakota Review, Pithead Chapel, Line of Advance, Wrath-Bearing Tree, and elsewhere. Adam is currently a second-year MFA candidate at Rutgers-Camden. 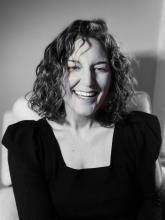 “The poems are strong in image, form, language, and emotion; the entire group would be publishable as a chapbook. This was one of those cases where the competition for the top spots was just that tough!”

Kelly Sue White is an emerging poet whose work has appeared in Mom Egg Review, Anti-Heroin Chic, Mosaic, and others forthcoming. She holds an MFA from Randolph College and a bachelor’s degree from the University of Virginia. Kelly Sue lives in Richmond, Virginia with her two daughters and partner, Dave. 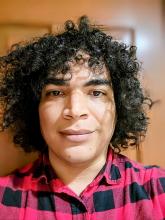 Shane Dunn is a writer based in Chicago. He graduated from Columbia College Chicago in 2022, majoring in creative writing. A veteran of the U.S. Air Force, he has (disappointingly) never flown a plane. His work has been featured in the literary journal Allium and Medium’s personal essay publication Human Parts. He is currently writing a novel about traveling across the United States via Amtrak in 2021.