It’s with great pleasure that we announce the winners and runners-up of The Iowa Review's third Jeff Sharlet Memorial Award for Veterans writing contest. Phil Klay, a veteran of the U.S. Marine Corps and author of Redeployment, which won the 2014 National Book Award, judged this year’s contest. The winning and runner-up manuscripts will be published in our Spring 2017 issue. Congratulations to the winners and runners-up, and many thanks to all who entered the contest. 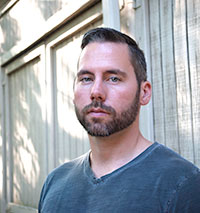 Graham Barnhart, “My Pittsburgh,” “Indiana-stan,” “How We Learn,” “Lifting,” “Certificates of Training,” “Lonely Out There,” “Sewing,” “Days of 2009,” “Everything in Sunlight I Can’t Stop Seeing” (poetry)

Phil Klay writes that Graham Barnhart’s “deceptively complex poems” are “evoking the moral and aesthetic qualities of war, and underneath those, the very human longings of the veteran.” “The poet has a gift both for storytelling and for finding the strangely evocative in familiar images,” says Klay.

Graham Barnhart served as a Special Forces medic in Iraq and Afghanistan and is currently pursuing an MFA at Ohio State University. His work has appeared in or is forthcoming from Beloit Poetry Journal, The Gettysburg Review, Gulf Coast, The Sewanee Review, and others. He was recently named the recipient of the 2015 Chad Walsh Poetry Prize from the Beloit Poetry Journal. 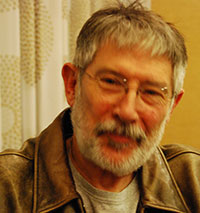 DF Brown, “Ghost of a Person Passing in Front of the Flag,” “Happy Valley above Vinh Thanh,” “Fractured Fairy Tale,” “Six Kinds of Tough Shit,” “It Was a Long Time before the Bones Spoke,” “The Story of the Words I Use,” “Reality Television, 1969” (poetry)

“These poems somehow manage to feel raw while also performing a sophisticated engagement with the problems of telling stories of the Vietnam War,” Klay observes of DF Brown's collection. “There's a remarkable play here between the way language can express emotions and experiences, and the way language can be a barrier—the way it cages experience in the rote phrases that guide our public memory.”

Born and raised in the Missouri Ozarks, DF Brown was educated at the University of Missouri and San Francisco State University, where he studied with Bernard Gershenson and the late C.D. Wright. It was his great good fortune to be in San Francisco as language poetry blossomed and the cafes were full of poetry readings and talks. Brown served ten years in the U.S. Army as a combat medic in Vietnam with the Fourth Infantry Division, and then hospital duty in Georgia and Germany. Author of Returning Fire and The Other Half of Everything, Brown taught high school English for many years in Houston, Texas, and currently gardens vegetables in the heart of that city. 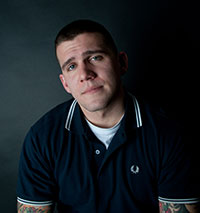 Klay writes that Jason Arment's essay “manages the feat of conveying the odd blend of fear and extreme tedium that characterizes much of the war experience, but does so within the context of a highly compelling narrative, packed with sharply observed, surreal details and a gift for capturing the in-the-moment fears, hopes, and daydreams of the average Marine.”

Jason Arment served in Operation Iraqi Freedom as a machine gunner in the U.S. Marine Corps. He earned an MFA in creative nonfiction from the Vermont College of Fine Arts. His work has appeared in Narrative Magazine, Gulf Coast, Lunch Ticket, Chautauqua, Hippocampus, Burrow Press Review, Dirty Chai, Phoebe, Pithead Chapel, The Indianola Review, Brevity, The Florida Review, and War, Literature and the Arts. His work has also been anthologized in Proud to Be: Writing by American Warriors, Volumes 2 and 4, and is forthcoming in Zone 3 and Duende. University of Hell Press will publish his memoir Musalaheen in 2017. Arment lives in Denver where he coordinates the Denver Veteran Writing Workshop with the Colorado Humanities. 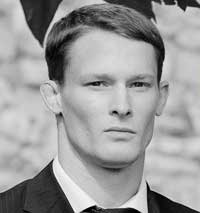 "The narrator's delightfully off-kilter sensibility, coupled with the way his war experience becomes a tool for responding to the aftermath of tragedy, make for a highly enjoyable and fascinating read that nevertheless packs a surprising emotional punch," Klay says about Sale Lilly’s short story.

Sale Lilly is currently a crisis management consultant with over ten years of experience providing political and business intelligence to senior government, military, and nonprofit clients in the United States, China, and Southwest Asia. Lilly served in the U.S. Navy for eight years and is a recipient of the Bronze Star for his intelligence contributions to NATO combat operations in Afghanistan. He is an alumnus of the U.S. Naval Academy, L’Orientale di Napoli, Middlebury Language School, and Oxford University. 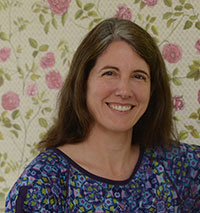 Klay writes that Karen Skolfield’s "sharply observed, evocative poems unerringly find the spaces and cracks in between the public, official imagery of the Army, giving us moving, humorous, or simply beautiful details about life as a soldier, as a veteran, as a gay woman in the Army."

Karen Skolfield’s book Frost in the Low Areas (Zone 3 Press) won the 2014 PEN/New England Award in poetry. Her new poems appear in Boulevard, The Carolina Quarterly, Crazyhorse, Guernica, Slice, and elsewhere. Skolfield is an Army veteran who teaches writing to engineers at the University of Massachusetts Amherst.