A Review of Mary Akers’s Bones of an Inland Sea

Upon encountering the first story in Mary Akers’s Bones of an Inland Sea (Press 53, 2013), one might expect the author’s second collection to dive into the haunting and fantastical. It is 1886. Madeleine, the narrator, has just washed up on a Florida beach after surviving the wreck of her husband Alonzo’s ship. She finds herself at the “House of Refuge,” which aptly doubles as the story’s title, and is visited by her husband’s ghost by way of a mysterious puddle that first appears outside the door of her room, then inside her room, and finally in her bed. The haunting that pervades these interwoven stories, however, is a pragmatic sort, arising from characters who grapple with stern realities both in occupation and in love. A far-flung cast of marine scientists and their spouses, lovers, and offspring, along with animals, populate this extended family saga, the encounters—both human-to-human and human-to-animal—disenchanting if not heart-wrenching. Akers renders her world with clear-eyed specificity and assuredness, and no wonder: she is cofounder of the Institute for Tropical Marine Ecology. Dominica, the Institute’s original location, serves as one of the stories’ settings.

Akers’s science- and academia-minded characters, including a lesbian who becomes transgender, are reminiscent of those in E.J. Levy’s Love, In Theory, though Akers’s structure is more overtly linked, her variety of protagonists, points of view, tenses, and a family tree that stretches across time bearing a more striking resemblance to Jennifer Egan’s A Visit from the Goon Squad. A number of the stories in Bones of an Inland Sea hearken back to Florida, but the settings vary; the peninsula almost serves as a respite for the crises the characters encounter elsewhere, from Niagara Falls to the Red Sea to Phuket—which is perhaps why, in addition to its being the book’s earliest story and most resonating, Akers placed “House of Refuge” at the beginning.

In capturing a physical crisis and the grotesque that often results, Akers deftly builds suspense, and her prose, as matter-of-fact as her characters, hits the mark. Consider this passage from “House of Refuge,” in which the shipmates have found a body, possibly Alonzo’s, on the beach:

Thomas peeled back the upper portion of the shroud and I saw at once a shock of dark hair—curly and black. When he pulled it farther down, the skin was white as ivory, the face bloated beyond recognition, seaweed tangled around the ears and twined in the hair. Sand filled the lower lip to overflowing, like a too-large dip of snuff. The eyeballs were horribly gone. Crusted sockets stared back at me, swollen around the brow and cheeks, but the bloated chin was hairless; my Alonzo was bearded. This was not him.

A similarly disturbing image surfaces in “Christmas in Phuket.” The protagonist, Leslie, has just survived a tsunami off the coast of Thailand and spots a woman in the water. “Then she sees a long metal pole running through the woman’s abdomen and out her back. There is a young child floating with her, tied to her waist by a flowery fabric; the baby stares at Leslie, eyes wide and wild.” Later, in the same story, “a woman’s body hangs tangled in the branches of a nearby palm tree, too high to have been removed yet. Leslie imagines it there later, in the darkness, falling to the ground, reanimating.”

This is how Akers delivers chills—not through the proximity of a mythical monster or a sea captain’s ghost, but via the bare facts of nature, its brutality and possibility, that ultimately we can’t ignore. The woman dangling from the tree echoes the woman impaled and floating; the dead in one story cast their shadows over the dead in another. In this subtle interconnectedness, Bones of an Inland Sea reveals its meaning and power.

The terrifically harrowing “Beyond the Strandline” exemplifies Akers’s linking of the marine world with the human, the conflict unusual and poignant and entirely organic in its unfolding. Walt “mans the helm” at the Alliance for Dolphin Freedom. His once-adventurous wife Chelsea lies in the hospital a vegetable, having suffered a stroke eighteen months prior. Walt’s decision to unplug her feeding tube is complicated by the arrival of Andrea, a bereaved widow seeking connection, and Chelsea’s religiously fervent sister who is determined to fight Walt’s decision to let his wife die. His emotional pain builds in a paragraph that tallies all he has done for Chelsea, his desire captured seamlessly in his own language: “She couldn’t even eat, for crying out loud. Couldn’t swallow her own spit. Wore a diaper. And that crimped tube they squirted liquid food into, that nasty tunnel that led right to her stomach? Well, that was the most barbaric thing of all. He would’ve rather seen her eaten by a shark.”

Walt’s difficulty bidding his final good-bye is heightened by the slow demise of one of the dolphins, Lulu—another anguish, the culmination of which makes Walt’s contretemps with Andrea all the more delightfully believable and awkward. He doesn’t want a tryst and yet he does, but his lust dies quickly as Andrea confesses to have spied on his visit with Chelsea through the hospital window. The story’s grand achievement is its dramatization of an abiding ethical dilemma in Western societies that have aging populations: how to die. In the final scene, arguably the most gripping in the book, Walt hovers in the water beside the dying dolphin, asking questions of her suffering and Chelsea’s. “Did he owe Lulu some sort of death duty as a compassionate fellow creative? If so, what was it? Stay with her and keep her company as she died? Pet her? Talk to her? Offer solace? Was he obligated to try, stubbornly, to keep her alive, despite her obvious instinctual attempts to die?”

Not all of the stories in this collection strike such a starkly nerve-racking chord. A few, especially toward the book’s end, feel like they are trying too hard to set scientific themes against human ones. In “Collateral Damage,” the loss of a dog falls flat, perhaps merely because we’ve seen it before, and better, in the earlier story depicting the death of Lulu the dolphin. Josie, a biologist in “Viewing Medusa,” is so cold as to be almost unbelievable, and the role of the box jellyfish strains believability. The weakest link in the collection may be “Madame Trousseau,” which depicts Andrea, now in a rest home and losing her mind to dementia. By now, the interplay between form and content has grown somewhat strained and Akers’s extended family saga unwieldy. A couple of stories might be cut from the book and not missed.

But Bones of an Inland Sea doesn’t disappoint, the marine science illuminating the storylines more than undermining them. The final story, “Waste Island,” rises to end on a strong note and is as haunting as the ghost tale at the beginning. Akers begins her collection by glancing into the past, and then she comes full circle, giving us a glimpse of a dystopian future through the eyes of a family descendant. A teenage girl and her mother embark on a ship that powers itself by converting polluted seawater to fuel, the captain a cult figure eerily known as “Father.” When the narrator falls in love with a fellow teenage passenger and gets pregnant, her young lover mysteriously disappears, and Father summons all onboard to commit mass suicide. Instead, in fitting reversal and as bookend to the shipwreck tragedy of “House of Refuge,” the narrator hides and gives birth, boldly carrying forth the themes Akers casts throughout: no matter the grotesque realities of nature, hope and beauty prevail. “Waste Island” is richly imagined and felt, and it carries the seeds of a potentially larger, novelistic work, one that Akers possesses the skills to render unflinchingly, should she choose to keep treading this watery world, submerging us alongside.

Vanessa Blakeslee is the author of the debut novel Juventud (Curbside Splendor, 2015) and the story collection Train Shots (Burrow Press, 2014), winner of the 2014 IPPY Gold Medal in Short Fiction. Train Shots was long-listed for the 2014 Frank O’Connor International Short Story Award and has been optioned for a feature film by writer/director Hannah Beth King. 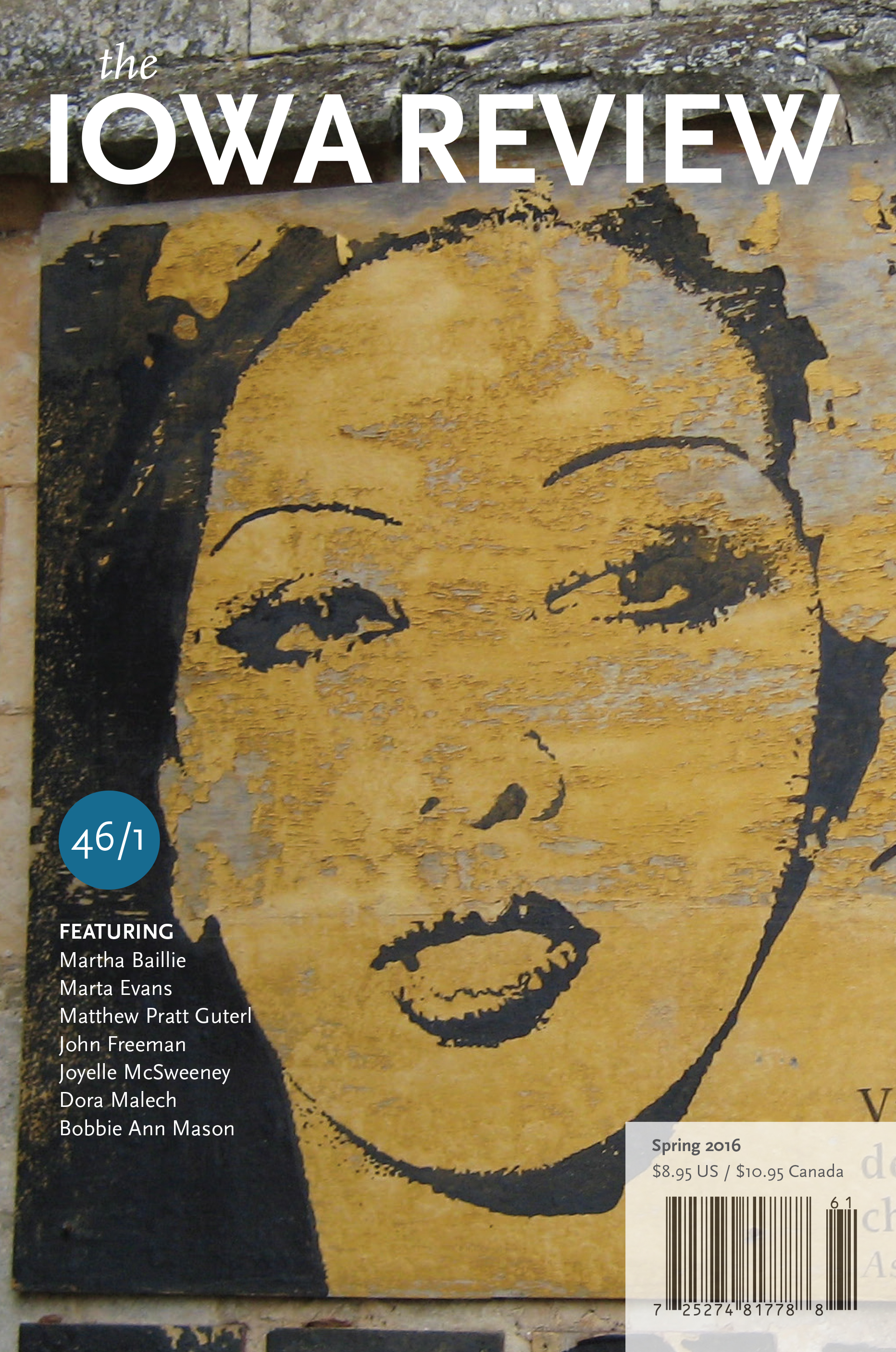