Stand in the park and you can’t miss it. The only red amid a splash of green, the vine curls itself delicately around the broad trunk, tendrils cradling the bark. Considered inactive, the vine does the least it can to reach the golden light, using rocks, trees, and plants for support. With roots in the soil and most of its leaves in the bright sunshine, it’s said to enjoy the best of both worlds. When I was little, red curls falling around my face, I rarely stood in the silver cart my adoptive mother pushed me in, but one day I got down and crept my way up and around her—first her legs, then her hips, and finally her neck. Up there, the sun danced on her earrings, and little old ladies stopped to coo at me. They say a vine is passive; I say it opens itself to others.

To express myself, I use a method called facilitated communication. With this method, a person physically supports the typing or writing of someone with autism who cannot speak. That support—in the form of resistance or a countermovement—can be provided at the hand, wrist, elbow, or shoulder, depending on the autist’s motor challenges and their familiarity with the support person. The hand of the autist is not being led to the keyboard; to the contrary, it is being gently thwarted. The resistance allows the autist to feel his arm in space and to focus his motoric will.

The autistic painter Larry Bissonnette adopts the metaphor of clumsy cooking to explain the need for support: “Ladle of doing language meaningfully is lost in soup of disabled map of autism, so I need a potholder of touch to grab it.” My metaphor is the tree/vine relationship, where the tree resists the vine in the way that a dancer resists their partner and thereby allows them to twirl. Facilitated communication, to say the least, is controversial. “How can we be sure that the autist, and not the facilitator, is authoring his words?” critics ask. “How can someone who looks so retarded type such eloquent things?” they persist. Much anxiety attends to the issue of the competent, self-actualizing individual.

“Weeds are nature ungirded, beyond the germ and girth of the gardener’s yard—the negation of enclosure,” writes Jonathan Skinner. As a small child, I was certainly a weed: my autism was as unwanted at home as it was at school. After I was placed in foster care, I became doubly unwanted. Who, after all, would adopt someone else’s autistic child?

Why do we organize families biologically? Why do some adopted children try to locate their birth parents? Will finding them amend their unhappiness, make all of the flowers bloom? I found a family beyond the germ and girth of the gardener’s yard. The wind took me to them, planted me in the soil at their feet. The weed, says Skinner, is a “specialist of disturbed areas.” I know something of disturbed areas.

When I took the ACT, I had to point independently at a multiple-choice answer bank, which had been blown up on a piece of paper and which had enough space between the a, b, c, and d that there could be no ambiguity about what I was selecting. My arm had to rise all on its own, and, like a rock climber without a climbing wall or cliff face, ascend the invisible air. It had to do this under conditions even more anxious than those of the ordinary test-taker. No one believed that a nonspeaking autist could really get into, let alone go to, college.

My parents had negotiated extra time as an additional accommodation; I spent two-thirds of it running around the room screaming. I just couldn’t believe I had to act like a tree. My very future was at stake—everything I had worked for—and it seemed to sit like an owl on the highest limb. My mother was panicking outside, the thin pane of a classroom door between us. When I finally sat down, I had to race through the test. It felt like I was underwater—whereas the scribe had oxygen, I did not. The bubbles she filled in seemed to come from her mouth.

Is the eye passive that refuses to make categories? Do you think of it as lounging on a divan of mere sensation? Do you think of it as needing a job? Are you like President Reagan, too quick to call it a “freeloader” or “welfare queen”? Scandent scandal, my eye unmakes the world; it offers, in Skinner’s phrase, a “disintegrating framework,” one in which possibility dazzles. Dazzles because it does not yet cohere. High above the ground, my eye smells the light, listens to the flute-playing clouds.

If I had conceived of my adoptive mother and father as potential parents, I never would have believed in that future. Instead, I started climbing. I felt myself wrapping around them. I felt the sturdy bark of their brains, the sweet pulp and marrow of their hearts. They needed to learn how to be vines, and so I taught them. Together, we unmade the idea of tree. Let us speak from this moment forward of a family vine: not descendent branches but a loose collective of stray seeds. A garden that isn’t a garden, embracing the wind.

People think of my parents as saints. They cannot see how I saved them. Together, we became whole in a holey sort of way. The weed can reclaim both the devastated field and the lawn of an upscale home. As Skinner says, “From an ecological standpoint...weeds are a necessary part of the healing process.”

When I think of how hard I have had to fight for an education, when I think of how many times I have been weeded out of some group of typical people, when I think of how frequently I am stared at and made to feel that I don’t belong—well, you finish the sentence. Imagine being three years old, your sister four, when you are suddenly placed in foster care. Your birth father, who had left your birth mother, doesn’t want you because you are disabled—a “fuckin’ retard,” as he would say in his Bronx vernacular. He takes your sister, however, because she is “normal.” She can talk; she’s also pretty. Your sister had been your one and only tree, having taken care of you when your mother was drunk or selling her body.

The weed must be tough, as it’s always uprooted.

“The third landscape, in the end, may be little more than [an] in-between space, [an] interstitial zone, found everywhere life is found and, indeed, permitting further life,” writes Skinner. I live in exactly this sort of interstitial zone—call it a neurological no-man’s land. I’m neither fully autistic anymore nor even remotely neurotypical. I’m neurocosmopolitan, in my father’s term. I travel with ease from the Tokyo of unlabeled sensory impressions to the New York of categorical distinctions. I’m the offspring of a zebra and a horse. I’m a literate cyborg. I stuff my suitcases with computers. Ray Kurzweil, who invented the first text-to-voice synthesizer, springs forth at a moment’s notice. Words come out of me like the seeds of a techno-dandelion in an abandoned parking lot. They don’t need wheels to travel.

Not all vines are weeds, of course, but the point is that we use the designator “weed” to discredit some and not others. Bitter gourd, bottle gourd, Bougainvillea, calabash, chayote, common ivy, cucumber, grape, Japanese honeysuckle, kudzu, luffa, Lygodium, morning glory, Nepenthes, passionfruit, poison ivy, sweet pea, Virginia creeper, wild creeper, Wisteria...The dictionary says that a weed is “a plant in the wrong place,” but the wrong place can become the right one, just as the wrong time can become the right one. The vine that is autism may one day fill the gardens of the gods.

Active or passive—that dichotomy is so American. Most people think of disability as an insult to individual autonomy. I think of it as a necessary ecology: I need people; I need the world. I must relate to everything to function. I’m not some admiral of loneliness haughtily sailing across the ocean. Nor am I a sequoia conversing with angels. There are no self-made plants.

If you Google “symbiotic vines,” the correction “parasitic” pops up. The conventional view is utterly Republican: individual plants compete in a ruthless marketplace for supremacy. Vines curtail the growth of trees—they are like the poor and disabled with respect to the economy. But a different view has begun to emerge. As one botanist notes, “The abundant leaves, flowers, and fruits of vines represent important food resources for animals.” Their flowers facilitate pollination, and their canopies allow canopy dwellers, which might be preyed upon on the ground, to move from tree to tree. It also turns out that the roots of vines go deep and thus do not compete with the broader and shallower root systems of trees.

The problem with the past is that it is entwined with the present—so say the trauma experts. They recommend untangling the two and basically eradicating the former. That never worked for me. I had to learn to live with a vine that encircled my heart, at times nearly choking it. I had to think of the vine as needing help, wanting a relationship. The climbing rose uses its thorns to ascend. Like a rash, it breaks into blossom. Make room for everything, I told myself.

For too long I have dreamed of independence. Again and again, I have spoken of getting free. I have envied the ease with which the non-disabled can walk on the moon or tie their shoes underwater. They are circus performers, talented chimpanzees. Tonight I will dream of being dependent, dependable.

D.J. Savarese studies anthropology and creative writing at Oberlin College, where he is a recipient of the William Battrick Poetry Fellowship and an ASAN Scholar Fellow. His work has appeared in Disability Studies Quarterly, Stone Canoe, wordgatherings.com,and Voices for Diversity and Social Justice: A Literary Education Anthology, and is forthcoming in Seneca Review, Prospect, and Deej, an ITVS-funded documentary airing on America ReFramed in 2017. 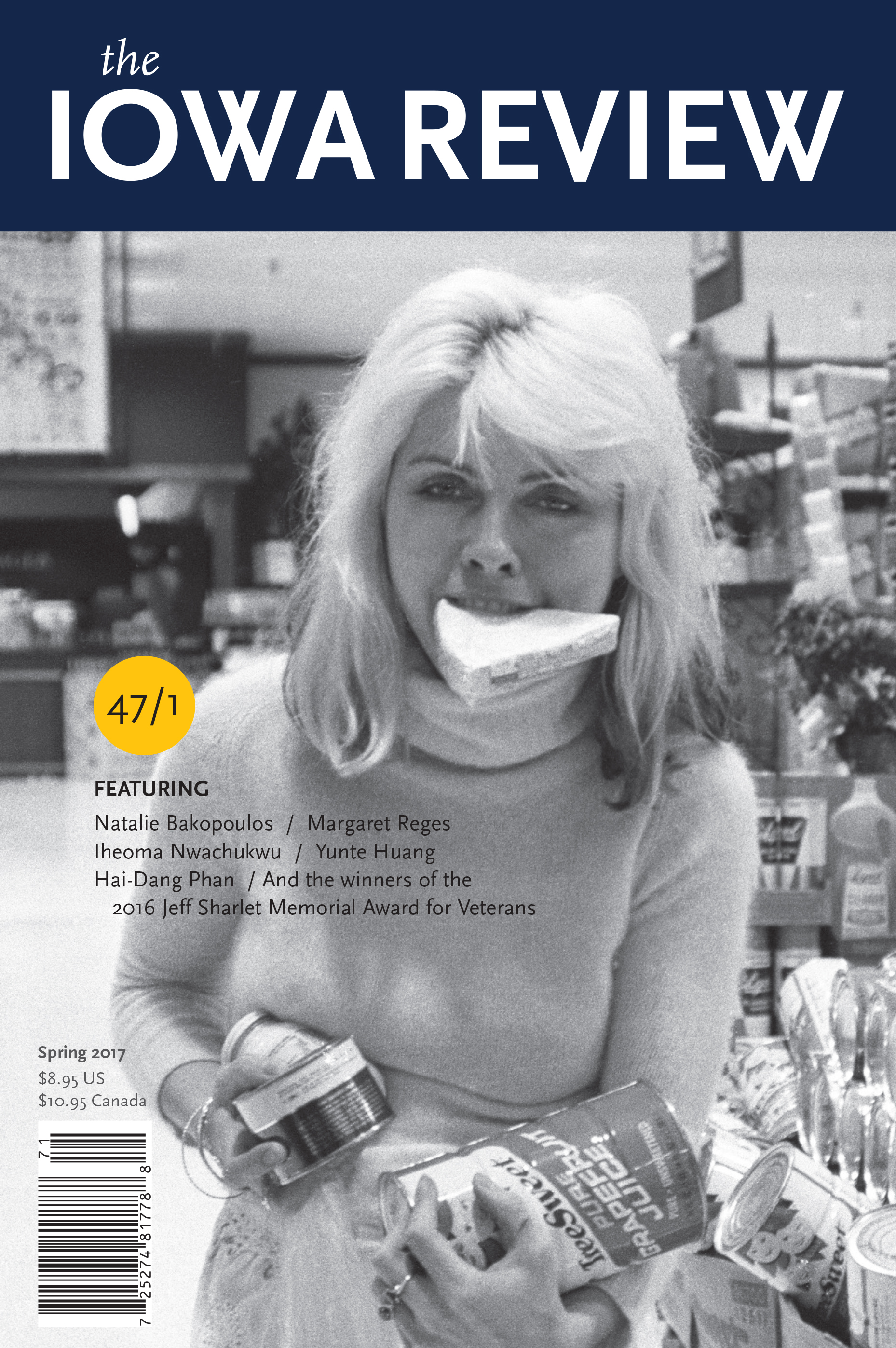