I have been trying to write this review for longer than I wish to admit. For many days this past summer, I would plant myself in front of the ocean and sit, waiting for the words to come. One question that played over in my head was: what does it mean to write a book of poetry about the oceans now? When we’re at the tipping point of irreversible climate change; after the failure of so many climate summits; with fossil fuel mining and fracking still going strong; with so many images of the Great Pacific Garbage Patch circulating, and of algae-infested coastlines and of melting glaciers. When we know for certain that the tides are going to rise and who they will first affect: the poor, the disenfranchised, indigenous people of color, and islanders, many of whom barely have representation in global forums like the United Nations, for whatever those forums are worth. I think about how all the economic, political, and social disasters of modern history have culminated in the destruction of oceans; the triad of capitalism, racism, and nationalism; the failures of a global environmental movement to sufficiently link its cause to the roots of violence.

During my visit to Cape Cod, where my parents currently live, I would frequently encounter maps of the peninsula. Old ones and fairly current ones. Sometimes I would encounter a satellite photo of the land mass. In these photos, one realizes just how much of the Cape consists of water—ponds, marshes, rivers. I started to imagine these photos in a kind of time-lapse, from the past forty years into the future, the water creeping over the land and eventually covering it. I imagined my twenty-month-old daughter never getting to enjoy the beach, as I have each summer for the past forty years, and how she will live in the Anthropocene. In a gift shop in downtown Hyannis, there are coffee mugs that visualize this future for me. When you pour hot liquid into them, the continents shrink.

I remember introducing myself to Melissa Buzzeo at an event at Poets House a few years ago and her telling me about the book that she was working on—the book that I am writing this review about—The Devastation. At the time, she mentioned one of the central images that she meditates on in the book is that of the ocean “capsizing” upon itself. Poof! All that it leaves in its wake is marine life scattered among human wreckage on the ocean floor. She also told me of the two lovers in the book, who, after the devastation, embrace while picking barnacles and trash off one another. If Buzzeo had only conjured these two images, The Devastation would remain a profound proposition correlating metaphysical disaster with oceanic destruction. The ocean, that metaphor of inexhaustible becoming and deepest feeling, finally occluding itself, withdrawn seemingly by its own force: “the water as it violently emptied.”

Rereading many of Marguerite Duras’s books in preparation to write this review—knowing Buzzeo to be a tremendous fan—I was struck by the image of Lol Stein collapsing upon herself at the sight of her husband dancing with his new lover, for whom he will leave her the following morning. This collapsing—recalled by Buzzeo’s phrase, “everything falling through, page”—externalizes intensity, a trauma the narrator will spend the greater part of the novel recovering from, struggling to assimilate the events of that evening. So we might say that The Devastation, too, enacts a kind of individual and collective rupture: the ruptures of the person structured by apocalypse, and the ruptures of the external world from which there would seem no simple recovery or return.

Duras came to mind elsewhere while reading The Devastation, especially the various lovers of her books and screenplays whose coupling mobilizes a vast network of relations. To say “you have seen nothing,” as the male intones to his female lover in Hiroshima, Mon Amour, is to invoke a global loss that might be accessed only through eroticism; to be in love (and to be threatened with the loss of one’s love) in Duras’s and Buzzeo’s work is to be world making and unmaking. This is what being in love shares with disaster: it is to imagine the end of the world while creating a space wherein the world might be reborn amidst the wreckage.

There is the seaweed that comes out of you. This I do not pick off. This just comes. You leave this and I carry it. Soon I will eat it to make a space for you.

At the bottom of the sea unannounced there is no tide

There is no structure

In a dance between the real and the imaginary, between a physical world and a world constructed by the desiring subject among other desiring subjects, The Devastation presents a sustained lyrical meditation on relationality as it is allegorized by a discourse of lovers, the speaker/s and addressee/s of the book’s four parts. In Buzzeo’s language use, an effort to access primary relation after all of the pronouns have been “wiped out” consistently coheres. The project of The Devastation, therefore, is psychoanalytical in scope—testing out the limits of transference, tracing the vicissitudes of desire. But it also reaches beyond analysis. One of the ways that it does this is by entraining the reader/listener through accumulations of clausal patterns as though to induce a trance or a spell.

Holding her reader through anaphoric pattern, Buzzeo demonstrates that we are ever ourselves and something more than ourselves: that we surpass “ourselves” (the limits of human being, of personhood, and individuality) through the ordering and stress of words, which is to say, through prosody. Like Julia Kristeva’s platonic chora, we still have yet to enter into the “symbolic.” Or, perhaps more accurately, we have begun to recognize a body/world that is neither “mine” nor “yours,” “ours” nor “theirs,” after the symbolic has failed us.

If the devastation is not the site of a maternal origin (“Your baby body / Your toddler body / Your skin unraveling”), it is at the very least a locus of bodily processes undergone in relation to natural and textual worlds equally realized—and devastating—in their sublime materiality:

For the dead matter

For the matter that lives

And for the water

Following the devastation, we are returned to bodies and to the book as embodied, which is to say, we are returned to how linguistic embodiment informs and shapes reality as part of an immanent material process. Quoting Maurice Blanchot in one of the book’s epigraphs, Buzzeo writes, “The danger that the disaster acquire meaning instead of the body.” Instead of supplying the devastation with meaning—how it has come to be and what it represents for the future of the human species (as badly needed as these explanations still may be)—there is also a need for the world to be remade through the most fundamental of means, through an attention to how meaning is made by bodies and through a recognition of what is made by bodies beyond meaning: “To search through all that non meaning for meaning.” It is to these thresholds between bodies and word and world that we are constantly called by Buzzeo: we are addressees of her lover’s discourse, enthralled by the optative mood of her grammar, the fact that a world is being wished into being following the immense loss resulting from the devastation.

And it is here, at these thresholds—of sea and land, memory and actuality, one’s self and somebody else, I and you—that I suspect the question I posed to myself sitting before the ocean might be answered.

Buzzeo writes her poem to hold us (her addressee/s, her community/communities) in thrall and to hold a space in language after “the essential failure of language” to sustain the world because “there are not arms big enough.” She writes “not writing,” which is to say, she is writing at a threshold where to write is to enact the threat of the withdrawal of the very thing one would seem to be making: “a book that could be but isn’t,” “books that lack cover or are all cover.” It is to give the language the book would otherwise contain back to primary content, to matter after form, to text after words. It is to give the reader over to a process of healing and open toward the organization of new relations, new bodies, new books, new loves.

Thom Donovan is the author of The Hole (Displaced Press, 2012), Withdrawn: A Discourse (Shifter, 2016), and Withdrawn (Compline, 2017). He coedits and publishes ON Contemporary Practice. He is the editor of Occupy Poetics (Essay Press, 2015), To Look at the Sea Is to Become What One Is: An Etel Adnan Reader (with Brandon Shimoda; Nightboat Books, 2014), and Supple Science: A Robert Kocik Primer (with Michael Cross; ON Contemporary Practice, 2013). He is a visiting assistant professor of literary studies at Eugene Lang College of Liberal Arts. 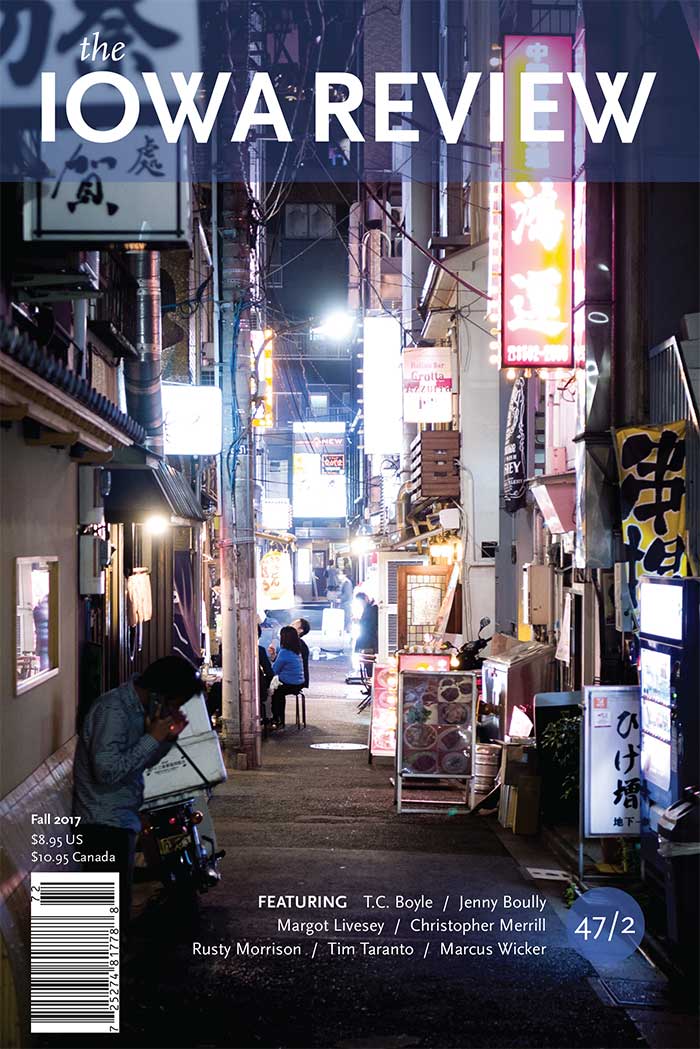