Dust kicks up and smacks us. Se entra between our teeth, makes barro de nuestro saliva. Our sweat falls into our shadows que son charcos que nos siguen María me para, and points toward a tan scorpion tail that is twitching from behind a rock. We are near a well, it is hunched, bearing the weight of cielo y sol. She brushes away chestnut-colored hair de sus ojos del mismo color de café and wipes away sweat.

I don’t like that they are hard to see, María says.

I caught it twitching.

I shouldn’t have asked you that.

It’s ok. You have a morbid curiosity.

Caminamos alrededor del scorpion. I fall a bit behind and follow her. María’s pelo está amarrado into a ponytail, which swings de un lado a otro. Private Pendergrass is walking toward me from my left side holding a shoebox. María is gone, y estoy caminando toward a crowd of eight around the front of a tan Humvee. Los dientes blancos of Private Pendergrass shine on his sweating black face. We are all wearing tan boots with our blood type permanent markered on the lip of the boot, and urban camo bottoms. Our rifles are slung over our upper bodies and dangle either on our espaldas o a un lado de nuestros estómagos. We wear olive verde shirts soaked in sweat. The concrete slab walls of the FOB bear the weight of the blue sky around us. On the dirt, enfrente del Humvee, a large cardboard box is open; inside, Private Valentino’s centipede crawls de un lado a otro. Its million legs wink under its black body. I am the ranking enlisted in this crowd that smells of armpits, culo, cigarro, y JP8. Private Pendergrass opens his shoebox, a black scorpion is posturing con su culo arriba. Los otros Humvees se sientan en silencios, reflecting the glaring sun off their bulletproof windshields. Somos los unicos in the gravel lot.

Alright my niggers, Private Pendergrass says, put in that money.

Who is going to hold the cash? Private Valentino asks.

I rub my ojos en mis palmas, and when I drop my palms, I see María ya está por medio of the old prison ruins. Paso por una puerta y soy surrounded by empty rusting iron cages where Mexican soldados held Apaches. The walls around are half melted into the desert, y el cielo azul presses down overhead. María gets into one of the cages and holds on to the top. She swings con sus legs tucked into her sweaty belly. Todas las sombras, hers and the cages, are splattered together.

How sad to be caged in your last days, I say.

I can’t help it; this depressing place is bringing it out.

It’s bringing out my sweat.

Like the big black one in your lingerie drawer.

María bicycle kicks at me. I walk into the cage and grab her feet. My grip is slick porque mis palmas are sweaty. I strum my fingers up her legs onto her thighs, and I thrust her toward me. María suelta el cage and wraps her arms around my neck. I look into her brown eyes y padecen como Private Pendergrass’s eyes. I look away from his gaze as he tilts the shoebox, and the scorpion falls into the cardboard box. The centipede crawls into a corner, while the scorpion takes el centro de la caja. Private Valentino kicks the cardboard box. We hear the quick whistle and sudden explosion.

Where the fuck was that at? Private Pendergrass asks.

Everyone to the shelter, I yell.

We rush toward a large upside down U column nearby, hecho de cemento, it has green sandbags lining the outside and the top. We squat into the column and hear another quick whistle and explosion. Después de esa, the sirens kick in.

He is pointing with his long, slender black finger toward the Humvee. La caja está volteado. Private Valentino rushes out, running in a half crouch. He looks around as another quick whistle pierces through the siren. He runs back into the shelter, and debris pelts the top of the shelter.

I’m about to answer him cuando María me agarra de la mano, y caminamos toward a large wall that is tumbling away de los lados. El pared, hecho de adobe, is dotted with holes that are half asleep watching us approach. Yo corro my sweaty hand over the wall. I feel each hole con la punta of my index finger.

You think they blindfolded them? I ask.

It would be fucked up if they didn’t, María says.

I wonder if anyone refused it?

You think it’s brave or foolish if they did?

A between of the two.

I don’t answer. I continue to feel my index finger tapping the holes. My finger tapping on the trigger del rifle. I see the brass shells wink out the ejection port, while my ears ring loud. My earlobes are hot and flush y mis dientes van a hacer añicos because I’m clenching my jaw shut too tight. The helmet strip is getting tighter lo más que disparo mi rifle. I see glass, blood, gun smoke, and the remains of an old tan Volvo with its trunk open, full of bullet holes. When the firing stops, siento todo el peso del body armor and el sol pressing down. I taste sangre, heated metal, and gasolina. And I feel a bit of piss trickle down my leg. Una brisa brings the scent of sand and oil, rattles the coils of barbed wire on the road between the green camo Humvees of the Iraqi national army y nosotros y el carro comido por plomo. Sand smacks on the up-armor door of the tan Humvee I am standing behind. Private Pendergrass is inside my Humvee, manning el M60 on its turret. Private Valentino está parado en un lado de mi, half his body behind a Humvee door for cover. Silence falls around us thick as blood. El desierto around us is flat and tan around la carretera y nuestro checkpoint.

We even gave them a warning shot, Private Valentino says.

Serge, should we go check it out?

Drone spotted this vehicle leaving the estimated location of the mortar.

It has to be it. We should check it out.

Let’s wait a sec, I answer.

The Volvo erupts en una pluma de fuego that mushrooms into black smoke. Private Valentino está volteado, mirando me, when a piece of metal embeds itself into the side of his neck and head. Yo siento pedazos del Volvo pelt me. Private Pendergrass is quick to fall into the Humvee. I look away, and María is standing there. She wipes away lagrimas from my cheeks. I taste the salt of her fingers cuando los beso. Yo miro en los ojos de María some tears forming. I lean on the wall, and I feel it swallowing me.

Jose Francisco Fonseca is an Iraq War vet who lives along the U.S./Mexico border. He is fluent in three languages: English, Spanish, and Spanglish. 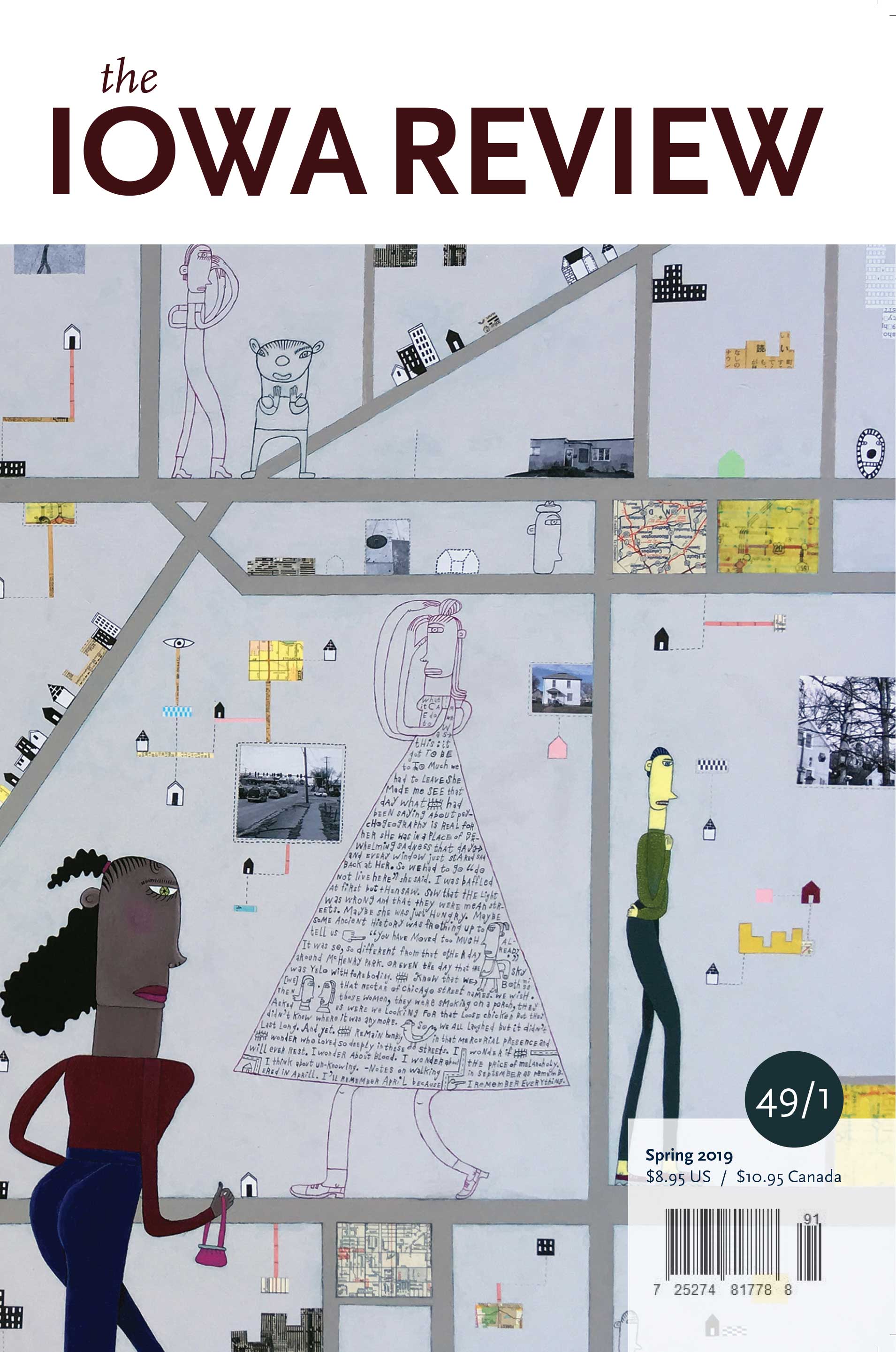