One of the rooms is haunted the Resident Poet tells me, handing

the key. From my studio, the Gihon is green and barely a creek. Yet

this town with one bar and no coffee shop summons up

my birth village: the two-storied stone house, the water mill,

still breathing … (I never went back after we moved to Kathmandu:

what was I so afraid of finding, of not finding?) And why am I,

who have always been afraid of the dark, disappointed

when she says Yours is not that room. While I was asleep an ocean away,

the Himalayas shook, everyone fled, the stone house collapsed,

then they remembered—the baby asleep in the cot

in the prayer room. My niece who was yet to be named. I wake up

to animal sounds coming from under my bed a week later at lunch,

the fiction writer from Alabama claims her room is the one.

Maybe a child was buried there says the multimedia artist. I say

nothing. The blackbird-obsessed painter says I bet someone upstairs

is having sex. We laugh. A surrealist, the writer doesn’t request

a room-change. I think they’re trying to tell me something … If we haunted

a house without us ever knowing it. If the house mistook it

for a type of love. Beside Red Mill, the Buddhist prayer flags

whip in the rain: Wind Horse carrying the three jewels of the Buddha,

the four corners. The wind touches the mantra—and the sky

is purified. What do they say, these mantras? My father tongue

that I did not inherit. Apa tried, but before I could say water

in Lama, we both realized we’d rather go drown ourselves

in the Mikli-Phoom. The only Lama word I still remember: Sertok.

Golden steeple. The name he gave me. Always broke and acrophobic:

the irony is neither of us got irony. At the primary, the Hindu Sirs

who spoke only Devanagari heard Sher: lion. For once

above the Atlantic, I settled on Samyak. Buddha’s Middle Way.

In honor of my devout Buddhist parents, I convinced myself,

and back. Beneath the buckthorns on the bank, Houdini,

the Resident Cat, lurks … On the bridge, the Asian American artist

from New York calls me Sam again. I don’t tell her

what I said to the freshman who did the same. Instead, I think

Gilded father tongue. I listen to the river reverie—the house

in Kathmandu waking to Apa’s foreign chant and later riding

the currents of his incantation coming through the brick wall,

I’d begin my own mantra of malleus, incus, stapes … Do things become

ghosts once we stop calling them by their names? And what of

a disappearing tongue, the one we never learnt. Every word

is an apparition. In my studio, I sit cross-legged on the cushion

by the window. The wind fills the sky with pine needles, dead

catalpa leaves … When Houdini makes a pigeon disappear inside

his mouth and spits out the feathers, how much sky does he swallow?

speaking and I finally wanted to embrace him, Apa, go in peace,

why did I think, Do I have his permission? He held on to his breath

for nine nights to say water? To whisper a name I had

long sloughed off? When he was finally freed of maya, I was asleep

in our second house to ward off the burglars. But what house

isn’t already broken into. Loss is a horse I carry on my back

strapped with burning prayer flags. I write these lines—and my niece

is still nameless. Outside the Meditation House, a robin thrashes

the window again, its claws scratching an illegible note

on the glass … If I carried the subterranean animals inside

my mouth against their will. If I haunted them every time I spoke.

Samyak Shertok’s poems appear in Blackbird, Cincinnati Review, Colorado Review, Gettysburg Review, New England Review, Shenandoah, Waxwing, and elsewhere. A finalist for the National Poetry Series and the Jake Adam York Prize, he is a recipient of fellowships from Aspen Words, the Vermont Studio Center, and the Fine Arts Work Center in Provincetown. His work has received the Robert and Adele Schiff Award for Poetry, the Tucson Festival of Books Literary Award for Poetry, and an AWP Intro Journals Award. 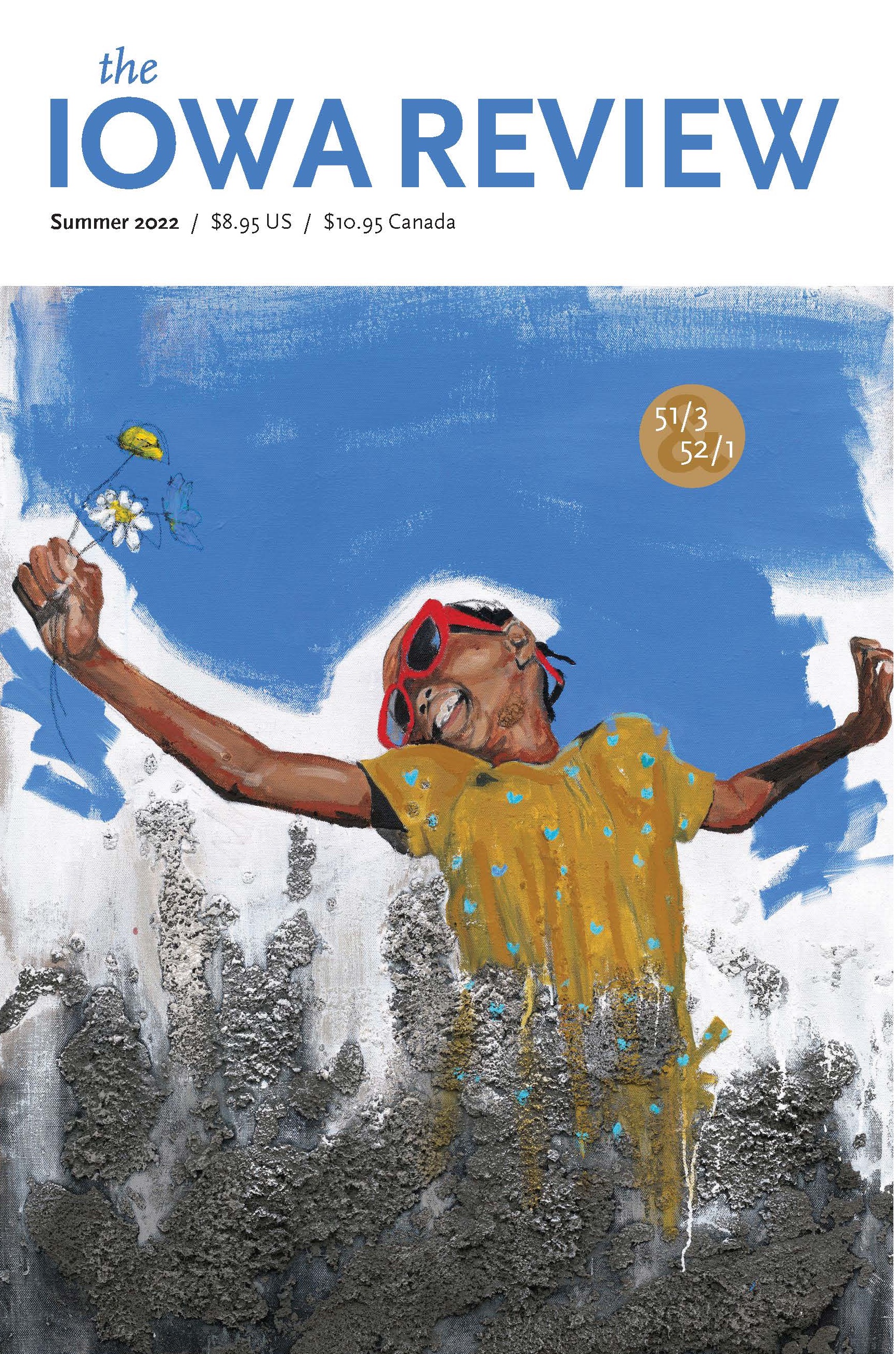